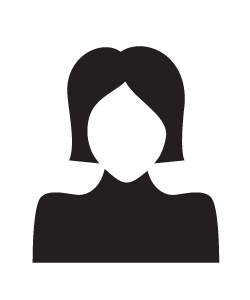 When I bought my house, I knew that I would remodel the master bathroom eventually, but I didn't really have any idea where to start. When I finally reached the point where I was frustrated with its current condition, I was overwhelmed by the idea of actually jumping into the remodeling project. I reached out to several contractors in the area to try to understand what my options were, and they taught me so much more than I ever could have expected. I knew I couldn't be the only one intimidated by the process, so I created this site to share ideas and tips to help people like you get started with their own renovations.

How To Come Up With Ideas For A Shower Remodel

Arriving at the conclusion you need to do a shower remodel is usually fairly easy. Showers typically look like they need to be rescued when it's time to renovate, after all.

That doesn't mean you should settle for simply refurbishing what you have. You can come up with plenty of ideas for a shower remodeling project. Here are four things to consider before contacting a contractor.

Consider every practical issue you'd like to improve about the shower. Would you prefer a gentler flow from a spot higher above you, for example? Maybe you'd like to have a shower with a built-in attachment for getting to those hard-to-reach places, too.

Even simple concerns, such as insufficient headroom, are great starting points for thinking about a remodel. Perhaps you'd like to have a better door so you can get in and out faster. Safety features like handrails and textured floors also make for great ideas.

A shower remodel also needs to work with the surrounding bathroom. You have two basic tools for the job: color and shading. Many people stick with the traditional white shower to keep things simple. However, you can also use colors and shades to give the shower more life. For example, you might use earth-toned tiles to give a shower a sense of naturalness.

Contrasting against the bathroom is a more adventurous approach. If you have a predominantly white bathroom, for example, you might want to tile the shower black to create a contrast. You could also use neutral colors in the shower to offset it from a colorful bathroom or vice versa.

Many people want showers that look modern. A simple way to achieve that result is to use a frameless system of panels and doors. Small fasteners hold the glass in place with minimal visibility. This allows the glass to be the star of the show.

You can also go ultramodern by having a frameless shower jut into the bathroom. This gives the shower a strong feeling of openness.

Every part of your home is getting smarter, and there's no reason to leave the shower behind. It's easier than ever before to add audio systems and lighting to showers. These can provide a range of ambient sounds and mood light. You also can integrate the system with a voice assistant to get hands-free access to information while you shower.